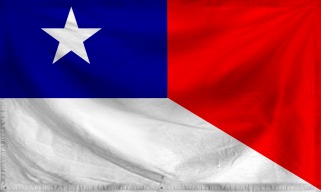 The Technodemocracy of 2 and 2 is Fish is a massive, efficient nation, ruled by various politicians with a fair hand, and notable for its complete lack of prisons, free-roaming dinosaurs, and stringent health and safety legislation. The compassionate, democratic, cheerful population of 4.894 billion 2 and 2 is Fishians hold their civil and political rights very dear, although the wealthy and those in business tend to be viewed with suspicion.

The large, liberal government juggles the competing demands of Education, Administration, and Industry. It meets to discuss matters of state in the capital city of Intellectualia. The average income tax rate is 97.5%.

The frighteningly efficient 2 and 2 is Fishian economy, worth 913 trillion Bois a year, is quite specialized and mostly made up of the Information Technology industry, with significant contributions from Tourism and Book Publishing. Average income is an impressive 186,563 Bois, and distributed extremely evenly, with little difference between the richest and poorest citizens.

Asking 'does my bum look big in this?' leads to 30 hours of self-esteem classes, government fact-checkers use surprising amounts of high explosive, rumor has it that various politicians has won three lotteries in a row, and companies flee the nation rather than pay their fair share of taxes. Crime is totally unknown. 2 and 2 is Fish's national animal is the Turkey Vulture, which soars majestically through the nation's famously clear skies, and its national religion is Fredericism.