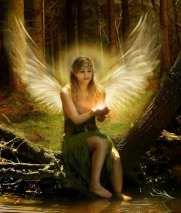 The Empire of Arouran is a colossal, efficient nation, ruled by Emperor Silvers with an iron fist, and notable for its ritual sacrifices, compulsory military service, and devotion to social welfare. The hard-nosed, hard-working, cynical, humorless, devout population of 5.504 billion Arouranians are ruled by a mostly-benevolent dictator, who grants the populace the freedom to live their own lives but watches carefully for anyone to slip up.

The medium-sized, corrupt, well-organized government juggles the competing demands of Defense, Law & Order, and Industry. It meets to discuss matters of state in the capital city of Silver City. The average income tax rate is 75.4%, and even higher for the wealthy.

The frighteningly efficient Arouranian economy, worth 862 trillion Goldcoins a year, is dominated by the Arms Manufacturing industry, with significant contributions from Information Technology, Uranium Mining, and Furniture Restoration. Black market activity is extensive. Average income is an impressive 156,751 Goldcoins, and evenly distributed, with the richest citizens earning only 2.0 times as much as the poorest.

Pulling weeds is seen as a threat to national security, dancing with your first cousin is a misdemeanor, the official Arouranian Phrase Book weighs as much as a small child, and returning vacationers often find that their property is now a construction site. Crime, especially youth-related, is totally unknown, thanks to a well-funded police force and progressive social policies in education and welfare. Arouran's national animal is the Eagle, which teeters on the brink of extinction due to toxic air pollution, and its national religion is Christianity.

Arouran is ranked 7,093rd in the world and 220th in The East Pacific for Best Weather, with 259 Meters Of Sunlight.