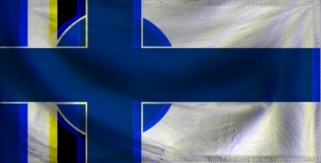 The Republic of AusValia is a massive, safe nation, ruled by President John Williams with an even hand, and notable for its smutty television, frequent executions, and complete absence of social welfare. The hard-nosed, hard-working, democratic population of 2.389 billion AusValians have some civil rights, but not too many, enjoy the freedom to spend their money however they like, to a point, and take part in free and open elections, although not too often.

The medium-sized government juggles the competing demands of Defense, Industry, and Education. It meets to discuss matters of state in the capital city of Jamestown. Citizens pay a flat income tax of 39.3%.

The frighteningly efficient AusValian economy, worth 289 trillion Dollars a year, is broadly diversified and led by the Information Technology industry, with major contributions from Retail, Tourism, and Arms Manufacturing. Black market activity is notable. Average income is an impressive 121,342 Dollars, but there is a significant disparity between incomes, with the richest 10% of citizens earning 382,313 per year while the poor average 29,446, a ratio of 13.0 to 1.

Citizens are deployed to barren deserts to protect small territorial claims, the space program has been reduced to President John Williams's nephew playing with a cardboard space shuttle, bus ads propagandize causes ranging from sexual revolution to religious pogroms, and large areas of AusValia are not accessible by the public. Crime, especially youth-related, is totally unknown, thanks to a capable police force and progressive social policies in education and welfare. AusValia's national animal is the Panda, which teeters on the brink of extinction due to widespread deforestation.

AusValia is ranked 20,046th in the world and 30th in Northern Utopia for Largest Information Technology Sector, scoring 15,497.59 on the Fann-Boi Productivity Index.

Most Recent Government Activity: 17 minutes ago