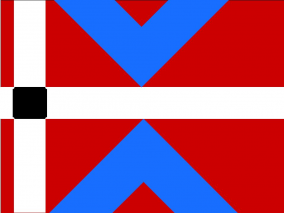 The Democratic Republic of Beazlend is a gargantuan, safe nation, ruled by Tommy Wiseau with an even hand, and renowned for its vat-grown people, national health service, and devotion to social welfare. The compassionate, cheerful population of 15.986 billion Beazlendians are fiercely patriotic and enjoy great social equality; they tend to view other, more capitalist countries as somewhat immoral and corrupt.

The large, corrupt government juggles the competing demands of Education, Industry, and Administration. It meets to discuss matters of state in the capital city of Alfenheim. The average income tax rate is 98.9%.

The frighteningly efficient Beazlendian economy, worth a remarkable 3,754 trillion Zennis a year, is quite specialized and led by the Information Technology industry, with major contributions from Tourism, Arms Manufacturing, and Book Publishing. State-owned companies are reasonably common. Average income is an amazing 234,862 Zennis, and distributed extremely evenly, with practically no difference between the richest and poorest citizens.

Trails to natural wonders are littered with trash from reality film crews, it is typical to be greeted by a string of curse words in Beazlendian restaurants, cash-strapped junkies lick rabbits for a cheap high, and knock-knock jokes regularly get removed from websites for being too edgy. Crime is totally unknown, thanks to a capable police force and progressive social policies in education and welfare. Beazlend's national animal is the Flying turtle, which frolics freely in the nation's sparkling oceans, and its national religion is Atheism.

Beazlend is ranked 7,715th in the world and 7th in The Atheist Empire for Most Advanced Law Enforcement, scoring 8,513.02 on the Orwell Orderliness Index.