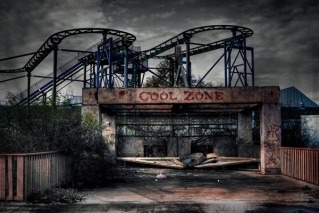 The Holy Empire of Bullpups is a colossal, efficient nation, ruled by Bean with an iron fist, and remarkable for its museums and concert halls, pith helmet sales, and punitive income tax rates. The hard-nosed, hard-working, cynical, humorless population of 7.026 billion Bullpupsians are ruled by a mostly-benevolent dictator, who grants the populace the freedom to live their own lives but watches carefully for anyone to slip up.

The large, corrupt, well-organized government juggles the competing demands of Defense, Education, and Law & Order. The average income tax rate is 66.1%, and even higher for the wealthy.

The all-consuming Bullpupsian economy, worth 768 trillion memeses a year, is fairly diversified and led by the Information Technology industry, with major contributions from Arms Manufacturing, Tourism, and Retail. Black market activity is frequent. State-owned companies are reasonably common. Average income is an impressive 109,389 memeses, and distributed extremely evenly, with little difference between the richest and poorest citizens.

Claiming to have performed the Heimlich Maneuver is a popular defense for assault charges, cinemas play art-house movies to ever-shrinking audiences as film critics rule the industry, the men in trenchcoats hanging around playgrounds are actually police officers, and the government keeps introducing new foreign species to combat the previous ones it has introduced. Crime, especially youth-related, is totally unknown, thanks to a well-funded police force and progressive social policies in education and welfare. Bullpups's national animal is the Doggo, which frolics freely in the nation's many lush forests, and its national religion is Atheism.

Bullpups is ranked 15,379th in the world and 445th in The East Pacific for Most Beautiful Environments, with 1,261.83 Pounds Of Wildlife Per Square Mile.