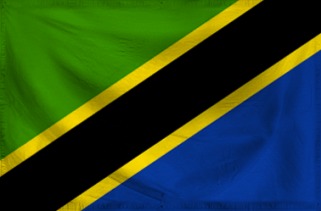 The Grand State of Colonino is a gargantuan, cultured nation, ruled by Crispin Knightslayer with an even hand, and notable for its sprawling nuclear power plants, ubiquitous missile silos, and vat-grown people. The hard-nosed, humorless, devout population of 31.311 billion Coloninoans are fiercely patriotic and enjoy great social equality; they tend to view other, more capitalist countries as somewhat immoral and corrupt.

The relatively small government juggles the competing demands of Defense, Education, and Law & Order. It meets to discuss matters of state in the capital city of Klamath Falls. Income tax is unheard of.

The frighteningly efficient Coloninoan economy, worth an astonishing 11,391 trillion bouillons a year, is led by the Book Publishing industry, with significant contributions from Beef-Based Agriculture, Retail, and Automobile Manufacturing. State-owned companies are common. Average income is an amazing 363,831 bouillons, and distributed extremely evenly, with little difference between the richest and poorest citizens.

Voting is voluntary, foreign governments are threatened if they so much as mention the word "election", the main interest rates change daily based on the latest news story, and incarcerated crime lords manage their empires from massage tables. Crime, especially youth-related, is totally unknown, thanks to a capable police force and progressive social policies in education and welfare. Colonino's national animal is the black tale deer, which is also the nation's favorite main course, and its national religion is Sikhism.

Colonino is ranked 423rd in the world and 2nd in Macfora Forever for Largest Basket Weaving Sector, scoring 13,918.67 on the Hickory Productivity Index.