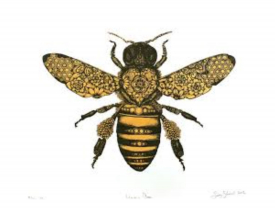 The Republic of Common Good is a gargantuan, socially progressive nation, ruled by Madam President with a fair hand, and renowned for its museums and concert halls, restrictive gun laws, and stringent health and safety legislation. The compassionate, democratic population of 15.914 billion Common Goodians are free to do what they want with their own bodies, and vote for whomever they like in elections; if they go into business, however, they are regulated to within an inch of their lives.

The enormous, socially-minded government juggles the competing demands of Education, Environment, and Welfare. It meets to discuss matters of state in the capital city of Graceland. The average income tax rate is 94.6%.

The very strong Common Goodian economy, worth a remarkable 1,630 trillion goods a year, is highly specialized and mostly made up of the Book Publishing industry, with significant contributions from Tourism. State-owned companies are common. Average income is an impressive 102,440 goods, and distributed extremely evenly, with practically no difference between the richest and poorest citizens.

The seventh son of a seventh son is fated to be a millionaire, 10-year-olds who struggle with integrating by parts are considered slow learners, a new guerrilla marketing campaign for tap water involves government agents spraying random citizens with hose water, and the well-to-do in the West Pacific are never on time for important appointments. Crime is totally unknown, thanks to a capable police force and progressive social policies in education and welfare. Common Good's national animal is the honey bee, which soars majestically through the nation's famously clear skies.

Common Good is ranked 159,369th in the world and 5,127th in the West Pacific for Largest Trout Fishing Sector, scoring -3.1 on the Nemo Depletion Efficiency Index.

The Citizens of Victoria.