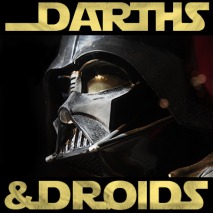 The Webcomic RolePlaying Game of Darths and Droids is a colossal, genial nation, ruled by First Cheddar Monk Qui-Gon Jim with an even hand, and notable for its rampant corporate plagiarism, multi-spousal wedding ceremonies, and avant-garde cinema. The compassionate, humorless, devout population of 8.834 billion Cheddar Monks are fiercely patriotic and enjoy great social equality; they tend to view other, more capitalist countries as somewhat immoral and corrupt.

It is difficult to tell where the omnipresent, corrupt, socially-minded government stops and the rest of society begins, but it juggles the competing demands of Administration, Environment, and Welfare. It meets to discuss matters of state in the capital city of Theed. The income tax rate is 100%.

The frighteningly efficient Cheddar economy, worth a remarkable 2,578 trillion Lost Orbs of Phanatacoria a year, is driven almost entirely by government activity, with private enterprise illegal. However, for those in the know, there is an enormous, deeply entrenched, extremely specialized black market in Basket Weaving. The private sector mostly consists of enterprising ten-year-olds selling lemonade on the sidewalk, but the government is looking at stamping this out. Average income is an amazing 291,891 Lost Orbs of Phanatacoria, and distributed extremely evenly, with little difference between the richest and poorest citizens.

Orphans would rather live their life of luxury than be adopted by prospective parents, schools offer a range of lessons in subjects as diverse as The Economics of Bullying for Lunch Money, women no longer need to pepper conversations with incessant references to fictitious husbands, and citizens recently voted in favour of declaring bubblewrap an 'abomination of nature'. Crime, especially youth-related, is all-pervasive, perhaps because of the country's complete lack of prisons. Darths and Droids's national animal is the Summon Bigger Fish, which frolics freely in the nation's sparkling oceans, and its national religion is Dice Rolling.

Darths and Droids is ranked 6,944th in the world and 187th in the Pacific for Most Valuable International Artwork, with 72.99 Bank.

Most Recent Government Activity: 13 hours ago