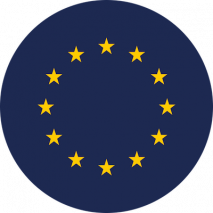 The Government Department of European Home Office is a massive, socially progressive nation, notable for its irreverence towards religion and absence of drug laws. The hard-working, democratic population of 1.228 billion European Home Officers hold their civil and political rights very dear, although the wealthy and those in business tend to be viewed with suspicion.

The tiny, liberal, outspoken government prioritizes Welfare, although Education, Healthcare, and Defense are also considered important, while Spirituality and International Aid aren't funded at all. The average income tax rate is 7.3%.

The European Home Officer economy, worth 60.3 trillion Euros a year, is driven almost entirely by the private sector, which is fairly diversified and led by the Beef-Based Agriculture industry, with major contributions from Information Technology, Book Publishing, and Woodchip Exports. Average income is 49,119 Euros, and evenly distributed, with the richest citizens earning only 4.3 times as much as the poorest.

Late night adverts for breast milk co-ops regularly win pornography industry awards, it is illegal to make racist remarks in public, tourists from around the world come to visit the country's famous rainforests, and scientists regularly clone human beings for research purposes. Crime is moderate, probably because of the absence of a police force. European Home Office's national animal is the Wolf, which can occasionally be seen sifting through garbage in the nation's cities.

European Home Office is ranked 57,662nd in the world and 389th in Europe for Rudest Citizens, with 66.61 Insults Per Minute.