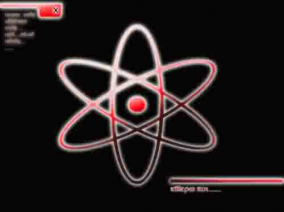 The Republic of Great universal truth is a gargantuan, environmentally stunning nation, remarkable for its state-planned economy, absence of drug laws, and punitive income tax rates. The hard-nosed, democratic population of 28.939 billion Great universal truthians are fiercely patriotic and enjoy great social equality; they tend to view other, more capitalist countries as somewhat immoral and corrupt.

The enormous, socially-minded government juggles the competing demands of Welfare, Law & Order, and Education. The average income tax rate is 67.8%, and even higher for the wealthy.

The large but inefficient Great universal truthian economy, worth 884 trillion nords a year, is driven entirely by a combination of government and state-owned industry, with private enterprise illegal. The industrial sector, which is quite specialized, is led by the Arms Manufacturing industry, with major contributions from Furniture Restoration, Automobile Manufacturing, and Beef-Based Agriculture. Average income is 30,562 nords, and distributed extremely evenly, with little difference between the richest and poorest citizens.

Voting is voluntary. Crime, especially youth-related, is totally unknown, thanks to a very well-funded police force and progressive social policies in education and welfare. Great universal truth's national animal is the bear, which frolics freely in the nation's many lush forests.

Great universal truth is ranked 179,229th in the world and 42nd in Florida for Most Developed, scoring 51.74 on the Human Development Index.

Most Recent Government Activity: 20 days ago