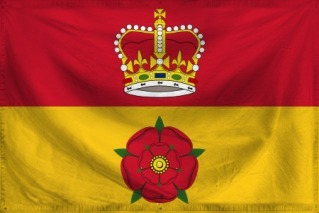 The County of Hampshire is a gargantuan, safe nation, ruled by Kyle Cambourne with an iron fist, and notable for its barren, inhospitable landscape, compulsory military service, and punitive income tax rates. The hard-nosed, hard-working, cynical, devout population of 20.283 billion Hampshirites are ruled by a mostly-benevolent dictator, who grants the populace the freedom to live their own lives but watches carefully for anyone to slip up.

The large government juggles the competing demands of Law & Order, Defense, and Education. It meets to discuss matters of state in the capital city of Winchester. The average income tax rate is 58.3%.

The strong Hampshirite economy, worth a remarkable 1,058 trillion Pounds a year, is quite specialized and led by the Uranium Mining industry, with major contributions from Woodchip Exports, Retail, and Beef-Based Agriculture. Average income is 52,166 Pounds, and evenly distributed, with the richest citizens earning only 4.2 times as much as the poorest.

The nightly news reports prosaically on the government blindly throwing money at despotic kidnappers, toilet paper is considered a non-essential item in the embargo against Brasilistan, Brasilistan has been announced as the nation's newest colony, and the nation has gained millions of new citizens overnight. Crime, especially youth-related, is totally unknown, thanks to a well-funded police force and progressive social policies in education and welfare. Hampshire's national animal is the Lion, which teeters on the brink of extinction due to widespread deforestation.

Hampshire is ranked 93,080th in the world and 2nd in Hampshire for Most Developed, scoring 57.71 on the Human Development Index.

Most Recent Government Activity: 48 days ago