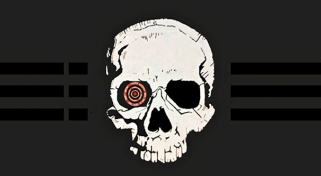 The High-toned SOB of Hugo Boss is a gargantuan, orderly nation, ruled by Joseph Conrad with an iron fist, and notable for its strictly enforced bedtime, public floggings, and punitive income tax rates. The hard-nosed, hard-working, cynical, humorless population of 18.477 billion Hugo Bossians are kept under strict control by the oppressive government, which measures its success by the nation's GDP and refers to individual citizens as "human resources."

The large, corrupt, well-organized government prioritizes Defense, with Industry also on the agenda, while Welfare and Social Policy aren't funded at all. It meets to discuss matters of state in the capital city of Castle Rock. Citizens pay a flat income tax of 76.3%.

The frighteningly efficient Hugo Bossian economy, worth a remarkable 2,783 trillion Golds a year, is quite specialized and mostly comprised of black market activity, especially in Arms Manufacturing, Retail, Woodchip Exports, and Information Technology. Average income is an impressive 150,660 Golds, with the richest citizens earning 7.2 times as much as the poorest.

Former stunt pilots are unable to pass the licence test to fly a drone, 90% of active duty HBAF personnel have been laid off and replaced by robot kill-drones, Tesco was recently named as the new national treasurer, and even snitches get stitches. Crime is all-pervasive, possibly because it is difficult to make it through a day without breaking one of the country's many regulations. Hugo Boss's national animal is the ^-^, which teeters on the brink of extinction due to widespread deforestation, and its national religion is Aubrey-Maturinism.

Hugo Boss is ranked 75,044th in the world and 17th in BLITZKRIEG for Most Developed, scoring 59.25 on the Human Development Index.

Most Recent Government Activity: 10 days ago