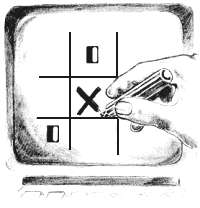 The MT Army Guardian of JJ Kale is a gargantuan, environmentally stunning nation, remarkable for its compulsory vegetarianism, complete lack of prisons, and devotion to social welfare. The democratic population of 23.592 billion JJ Kaleans enjoy extensive civil freedoms, particularly in social issues, while business tends to be more regulated.

It is difficult to tell where the omnipresent, liberal government stops and the rest of society begins, but it juggles the competing demands of Education, Welfare, and Healthcare. The average income tax rate is 80.5%, and even higher for the wealthy.

The large but inefficient JJ Kalean economy, worth 878 trillion Citas a year, is driven almost entirely by government activity, with private enterprise illegal. The industrial sector, which is highly specialized, is led by the Furniture Restoration industry, with significant contributions from Book Publishing, Information Technology, and Soda Sales. State-owned companies are the norm. Average income is 37,232 Citas, and evenly distributed, with the richest citizens earning only 2.0 times as much as the poorest.

Illegal hunting is rife after veganism was recently made compulsory, same-sex marriages are increasingly common, government-run screening operations remove embryos with severe genetic disorders, and councils up and down the country wrangle over legal matters. Crime is totally unknown, thanks to a well-funded police force and progressive social policies in education and welfare. JJ Kale's national animal is the Vippertooth Dragon, which soars majestically through the nation's famously clear skies.

JJ Kale is ranked 147,732nd in the world and 4th in The MT Army for Most Avoided, scoring 1.52 on the Kardashian Reflex Score.