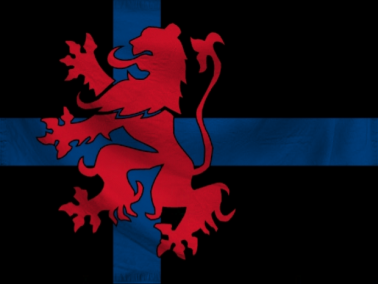 The Armed Republic of Karjalamme is a huge, genial nation, notable for its museums and concert halls, keen interest in outer space, and public floggings. The compassionate, hard-working, democratic, devout population of 646 million Karjalaiset hold their civil and political rights very dear, although the wealthy and those in business tend to be viewed with suspicion.

The medium-sized government juggles the competing demands of Education, Administration, and Welfare. It meets to discuss matters of state in the capital city of Rautjärvi. The average income tax rate is 56.3%, and even higher for the wealthy.

The frighteningly efficient Karjalainen economy, worth 78.6 trillion Karjalanrahas a year, is broadly diversified and led by the Information Technology industry, with major contributions from Tourism, Book Publishing, and Beef-Based Agriculture. State-owned companies are reasonably common. Average income is an impressive 121,618 Karjalanrahas, and evenly distributed, with the richest citizens earning only 2.0 times as much as the poorest.

Raver DJ XStacy holds multiple medical degrees in chillaxing, citizens are less concerned with policy and more concerned with whether politicians "call 'em like they see 'em", tourists call Karjalainen beach towns "the fine coastline", and the nation is stuck in permanent election mode as politicians demand constant do-overs. Crime, especially youth-related, is totally unknown. Karjalamme's national animal is the Wolf, which frolics freely in the nation's many lush forests.

Karjalamme is ranked 29,681st in the world and 2nd in The Literary Minds for Best Weather, with 130 meters of sunlight.