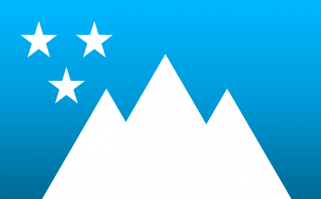 The Third Social Alliance of Kyldellian Galnge is a gargantuan, environmentally stunning nation, notable for its daily referendums, rampant corporate plagiarism, and devotion to social welfare. The hard-nosed, democratic, cheerful, devout population of 14.753 billion Kyldellians are fiercely patriotic and enjoy great social equality; they tend to view other, more capitalist countries as somewhat immoral and corrupt.

The large government prioritizes Defense, although Education, Industry, and Law & Order are also considered important. It meets to discuss matters of state in the capital city of Snowport City. The income tax rate is 100%.

The frighteningly efficient Kyldellian economy, worth a remarkable 7,280 trillion Dollars a year, is driven entirely by a combination of government and state-owned industry, with private enterprise illegal. The industrial sector, which is fairly diversified, is led by the Information Technology industry, with major contributions from Tourism, Arms Manufacturing, and Book Publishing. Average income is an amazing 493,487 Dollars, and distributed extremely evenly, with little difference between the richest and poorest citizens.

Pocket calculators are seen as status symbols for the ostentatiously wealthy, the "swords to plowshares" policy has created a generation of farmers that can kill a yak from 200 yards away, bins outnumber trees in city parks, and doctors prescribe medicines but they rarely dispense hope or compassion. Crime is totally unknown, thanks to a capable police force and progressive social policies in education and welfare. Kyldellian Galnge's national animal is the Monster, which is also the nation's favorite main course, and its national religion is Morvolox.

Kyldellian Galnge is ranked 219,246th in the world and 4th in Kylden for Most Secular, with 0.94 Atheism Rate.