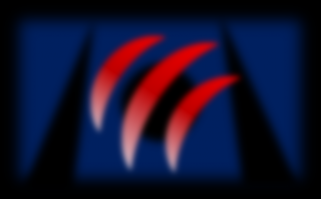 The Warzone States of Kyldellian Gilge is a gargantuan, socially progressive nation, renowned for its state-planned economy, sprawling nuclear power plants, and devotion to social welfare. The hard-nosed, democratic, cheerful, devout population of 14.738 billion Kyldellians enjoy a sensible mix of personal and economic freedoms, while the political process is open and the people's right to vote held sacrosanct.

The medium-sized, corrupt government prioritizes Defense, although Education, Industry, and Healthcare are also considered important, while Law & Order receives no funds. It meets to discuss matters of state in the capital city of Thor City. The income tax rate is 100%.

The frighteningly efficient Kyldellian economy, worth an astonishing 11,689 trillion Grams a year, is driven entirely by a combination of government and state-owned industry, with private enterprise illegal. However, for those in the know, there is an enormous, deeply entrenched, broadly diversified black market in Arms Manufacturing, Information Technology, Book Publishing, and Tourism. The private sector mostly consists of enterprising ten-year-olds selling lemonade on the sidewalk, but the government is looking at stamping this out. Average income is a breathtaking 793,186 Grams, and distributed extremely evenly, with little difference between the richest and poorest citizens.

Confused-looking pigeons slide gently off frictionless window ledges, defense lawyers often argue there's no proof murder victims weren't vampires, the citizenship exam requires years of study to actually pass, and big game hunters travel to Kyldellian Gilge to try their hand at shark-shooting. Crime, especially youth-related, is so common that it is unusual to encounter someone following the law, perhaps because of the country's complete lack of prisons. Kyldellian Gilge's national animal is the Monster, which is also the nation's favorite main course, and its national religion is Morvolox.

Kyldellian Gilge is ranked 15th in the world and 3rd in Kylden for Highest Poor Incomes, with 587,107.13 Standard Monetary Units.