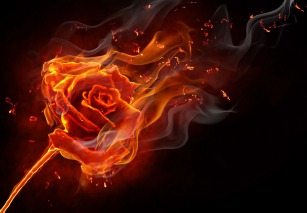 The Fiefdom of
Lady Rose
Left-wing Utopia
We are who we are: deal with it.
Influence
Hermit
Founder
Region
Lady Rose
Civil Rights
Superb
Economy
Frightening
Political Freedom
Superb

The Fiefdom of Lady Rose is a gargantuan, genial nation, ruled by Lady Rose with a fair hand, and remarkable for its museums and concert halls, free-roaming dinosaurs, and sprawling nuclear power plants. The compassionate, democratic, cheerful population of 36.22 billion Lady Roseans are free to do what they want with their own bodies, and vote for whomever they like in elections; if they go into business, however, they are regulated to within an inch of their lives.

The medium-sized, outspoken government juggles the competing demands of Education, Administration, and Industry. It meets to discuss matters of state in the capital city of Meriamne. The average income tax rate is 2.2%, but much higher for the wealthy.

The frighteningly efficient Lady Rosean economy, worth a remarkable 8,968 trillion Coins a year, is highly specialized and mostly made up of the Book Publishing industry. State-owned companies are reasonably common. Average income is an amazing 247,608 Coins, and distributed extremely evenly, with little difference between the richest and poorest citizens.

Constipated disaster survivors are rapidly learning that MRE is short for "Meal Requiring Enemas", fashion magazine covers finally display realistic body images following photo-manipulation becoming illegal, Lady Rosean novella fans become unusually flustered when thinking about Lady Rose, and trespassers often find themselves impaled by crossbow bolts. Crime, especially youth-related, is so common that it is unusual to encounter someone following the law, perhaps because of the country's complete lack of prisons. Lady Rose's national animal is the Black Squirrel, which frolics freely in the nation's many lush forests, and its national religion is Individualism.

Lady Rose is ranked 229,352nd in the world and 1st in Lady Rose for Largest Soda Pop Sector, scoring -47.89 on the Addison-Fukk Productivity Rating.