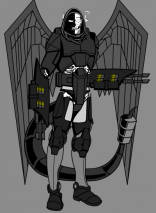 The Eternal Dread Empire of Lederland is a gargantuan, efficient nation, ruled by The Dread Eternal Emperor with an iron fist, and remarkable for its pith helmet sales, strictly enforced bedtime, and punitive income tax rates. The hard-nosed, cynical, humorless population of 21.046 billion Lederlandians are ruled with an iron fist by the dictatorship government, which ensures that no-one outside the party gets too rich. In their personal lives, however, citizens are relatively unoppressed; it remains to be seen whether this is because the government genuinely cares about its people, or if it hasn't gotten around to stamping out civil rights yet.

The medium-sized, corrupt, well-organized government is effectively ruled by the Department of Defense, with Industry and Education also on the agenda, while Spirituality and Environment are ignored. It meets to discuss matters of state in the capital city of City of the Dread Throne. The average income tax rate is 95.6%.

The frighteningly efficient Lederlandian economy, worth an astonishing 11,254 trillion Imperial Credits a year, is broadly diversified and mostly comprised of black market activity, especially in Arms Manufacturing, Information Technology, Uranium Mining, and Woodchip Exports. State-owned companies are common. Average income is a breathtaking 534,767 Imperial Credits, and distributed extremely evenly, with practically no difference between the richest and poorest citizens.

The word 'elite' appears as a synonym for various insults in the Lederlandian Colonial Thesaurus, former state leaders include a TV comic and a cowboy actor, tourists avoid using the nation's bugged phones and monitored internet, and the government-sponsored autobiography 'A The Dread Eternal Emperor For All Seasons' has only been bought by the most loyal of The Dread Eternal Emperor's supporters. Crime, especially youth-related, is totally unknown. Lederland's national animal is the Human, which teeters on the brink of extinction due to widespread deforestation, and its national religion is None.

Lederland is ranked 99,777th in the world and 2,665th in the Rejected Realms for Largest Automobile Manufacturing Sector, scoring 843.08 on the Henry Ford Productivity Index.

Doormat to the Lord,

A Leaf on the Wind,