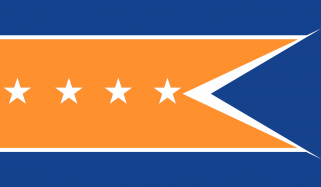 The Equatorial Bulge of Lislandia is a colossal, efficient nation, ruled by Alexa Downeaster with a fair hand, and remarkable for its national health service, complete lack of prisons, and daily referendums. The compassionate, democratic, cheerful population of 5.856 billion Lislandians hold their civil and political rights very dear, although the wealthy and those in business tend to be viewed with suspicion.

The large, liberal, outspoken government juggles the competing demands of Education, Administration, and Environment. It meets to discuss matters of state in the capital city of Hiwahiwa. The average income tax rate is 98.7%.

The frighteningly efficient Lislandian economy, worth a remarkable 1,247 trillion lisles a year, is driven entirely by a combination of government and state-owned industry, with private enterprise illegal. The industrial sector, which is highly specialized, is mostly made up of the Information Technology industry, with significant contributions from Book Publishing and Tourism. Average income is an amazing 212,944 lisles, and distributed extremely evenly, with little difference between the richest and poorest citizens.

It's best not to ask what goes into Hiwahiwa Fried Chicken's secret blend of herbs and spices, access to the woods is only granted to those who bring a small shrubbery, the nation has welcomed its expats back with open arms, and nude art is becoming wildly popular. Crime is totally unknown. Lislandia's national animal is the harloquin, which frolics freely in the nation's many lush forests, and its national religion is Baba Yetu.

Lislandia is ranked 1,630th in the world and 3rd in Conch Kingdom for Most Developed, scoring 97.96 on the Human Development Index.

The Spook Who Sat By The Door,

The Free City of Nelson,

The sovereign provinces of Mesha,

United States Of Florida, and