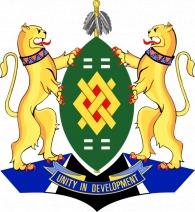 The Queendom of Maboneng is a colossal, safe nation, notable for its complete lack of prisons, public floggings, and irreverence towards religion. The democratic population of 9.004 billion Mabonengians have some civil rights, but not too many, enjoy the freedom to spend their money however they like, to a point, and take part in free and open elections, although not too often.

The medium-sized government prioritizes Welfare, with Education, Healthcare, and Defense also on the agenda, while Spirituality isn't funded at all. The average income tax rate is 29.0%, but much higher for the wealthy.

The Mabonengian economy, worth 353 trillion betales a year, is led by the Trout Farming industry, with major contributions from Retail, Door-to-door Insurance Sales, and Basket Weaving. State-owned companies are reasonably common. Average income is 39,263 betales, and evenly distributed, with the richest citizens earning only 2.8 times as much as the poorest.

Voting is voluntary and the nation's official head of religious affairs is an atheist. Crime is almost non-existent. Maboneng's national animal is the deer.

Maboneng is ranked 22,806th in the world and 4th in Johannesburg for Largest Insurance Industry, scoring 4,781.43 on the Risk Expulsion Effectiveness Rating.