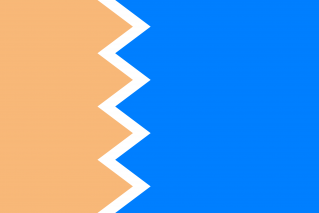 The Republic of Palma Riviera is a gargantuan, socially progressive nation, ruled by Prime Minister Nicco Shapiro with a fair hand, and notable for its museums and concert halls, smutty television, and irreverence towards religion. The compassionate, democratic population of 16.545 billion Palmans hold their civil and political rights very dear, although the wealthy and those in business tend to be viewed with suspicion.

The large, liberal, outspoken government juggles the competing demands of Education, Environment, and Healthcare. It meets to discuss matters of state in the capital city of Rio de Rosa. The average income tax rate is 64.6%, and even higher for the wealthy.

The powerhouse Palman economy, worth a remarkable 1,132 trillion lire a year, is quite specialized and led by the Tourism industry, with significant contributions from Book Publishing, Basket Weaving, and Information Technology. State-owned companies are common. Average income is 68,430 lire, and evenly distributed, with the richest citizens earning only 3.0 times as much as the poorest.

Farmers have taken to hunting billionaires who encroach on their land, park rangers struggle to deal with a rash of stolen pic-a-nic baskets, practising saying 'how now brown cow' is an essential part of holiday planning, and you need two tenors and a coloratura contralto to sing the national anthem properly. Crime is totally unknown, thanks to a capable police force and progressive social policies in education and welfare. Palma Riviera's national animal is the dolphin, which frolics freely in the nation's sparkling oceans.

Palma Riviera is ranked 14,295th in the world and 5th in Florida for Largest Publishing Industry, scoring 9,215.46 on the Bella Potter Productivity e-Index.