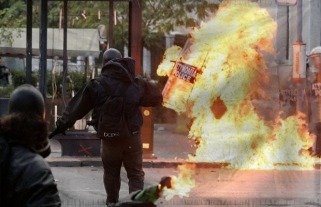 The Matriarchy of PapaBellum is a gargantuan, environmentally stunning nation, ruled by Queen Regent PapaBellum with an iron fist, and renowned for its infamous sell-swords, prohibition of alcohol, and public floggings. The hard-nosed, cynical, humorless population of 10.611 billion Draconixeses are ruled without fear or favor by a psychotic dictator, who outlaws just about everything and refers to the populace as "my little playthings."

The enormous, corrupt, moralistic, socially-minded, well-organized government is dominated by the Department of Defense, with Education and Healthcare also on the agenda, while Spirituality receives no funds. It meets to discuss matters of state in the capital city of Bella. The income tax rate is 100%.

The frighteningly efficient PapaBellumian economy, worth a remarkable 6,683 trillion Blood Pounds a year, is driven entirely by a combination of government and state-owned industry, with private enterprise illegal. However, for those in the know, there is an enormous, deeply entrenched, quite specialized black market in Arms Manufacturing and Information Technology. The private sector mostly consists of enterprising ten-year-olds selling lemonade on the sidewalk, but the government is looking at stamping this out. Average income is a breathtaking 629,878 Blood Pounds, and distributed extremely evenly, with little difference between the richest and poorest citizens.

The nation has nearly as many history museums as Draconixeses, invasive drug testing is now performed at elementary school sports days, school plays were recently banned due to concerns of child endangerment, and there's a shortage of swinging hot spots as land development grinds to a halt. Crime, especially youth-related, is totally unknown, thanks to a capable police force and progressive social policies in education and welfare. PapaBellum's national animal is the Dragon, which soars majestically through the nation's famously clear skies, and its national religion is Intrabellum Pact.

PapaBellum is ranked 206,245th in the world and 2nd in Papastan for Largest Automobile Manufacturing Sector, scoring -30.76 on the Henry Ford Productivity Index.