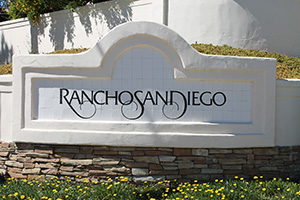 The Awesome People of Rancho San Diego is a gargantuan, cultured nation, ruled by That Awesome Person Over There with a fair hand, and notable for its frequent executions, infamous sell-swords, and rampant corporate plagiarism. The compassionate, democratic population of 10.289 billion Rancho San Diegoans hold their civil and political rights very dear, although the wealthy and those in business tend to be viewed with suspicion.

The large, outspoken government juggles the competing demands of Education, Environment, and Industry. It meets to discuss matters of state in the capital city of Hooleys Irish Pub and Grill. The average income tax rate is 84.5%, and even higher for the wealthy.

The frighteningly efficient Rancho San Diegoan economy, worth a remarkable 1,474 trillion dollars a year, is quite specialized and led by the Information Technology industry, with major contributions from Tourism, Book Publishing, and Retail. State-owned companies are reasonably common. Average income is an impressive 143,300 dollars, and distributed extremely evenly, with little difference between the richest and poorest citizens.

Public intoxication has decreased ever since fraternities were banned, families waiting for delayed pipe installations hope daily for rain, elections have become procedural nightmares due to voters persistently rejecting candidates, and the education system is being cleansed of all corporate influence. Crime is totally unknown. Rancho San Diego's national animal is the coyote, which frolics freely in the nation's many lush forests, and its national religion is Paganism.

Rancho San Diego is ranked 22,939th in the world and 3rd in San Diego County for Most Secular, with 48.68 Atheism Rate.

Most Recent Government Activity: 46 minutes ago