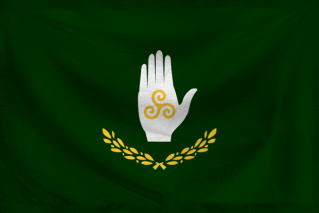 The Freehold of Sarys is a massive, cultured nation, ruled by Archon Mariel vas Kotare with an even hand, and renowned for its ubiquitous missile silos, punitive income tax rates, and stringent health and safety legislation. The compassionate, devout population of 4.973 billion Saryenes have some civil rights, but not too many, enjoy the freedom to spend their money however they like, to a point, and take part in free and open elections, although not too often.

The medium-sized government juggles the competing demands of Education, Defense, and Healthcare. It meets to discuss matters of state in the capital city of Averuklun. The average income tax rate is 67.3%, and even higher for the wealthy.

The powerhouse Saryene economy, worth 543 trillion kamas a year, is fairly diversified and led by the Tourism industry, with major contributions from Information Technology, Book Publishing, and Basket Weaving. Average income is an impressive 109,240 kamas, and distributed extremely evenly, with little difference between the richest and poorest citizens.

Women who walk into the ladies' changing room are accused of being Peeping Toms, government crews work tirelessly to retake the suburbs from organized packs of raccoons, the poor are often seen pale and dizzy after selling their blood to make ends meet, and concussed foxball players cannot remember their lineup position. Crime, especially youth-related, is totally unknown, thanks to a capable police force and progressive social policies in education and welfare. Sarys's national animal is the fox, which frolics freely in the nation's many lush forests, and its national religion is Vezkelios.

Sarys is ranked 27,177th in the world and 1st in Torrezon for Highest Average Incomes, with 109,240.59 Standard Monetary Units.