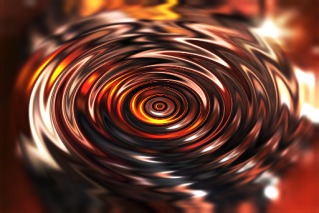 The Empire of Scandrial is a colossal, efficient nation, ruled by The Lord Conqueror with an iron fist, and renowned for its complete lack of prisons, smutty television, and complete absence of social welfare. The hard-nosed, cynical, humorless population of 6.006 billion Skaa are kept under strict control by the oppressive government, which measures its success by the nation's GDP and refers to individual citizens as "human resources."

The medium-sized, corrupt, moralistic, well-organized government is effectively ruled by the Department of Defense, with Law & Order and Education also on the agenda, while Welfare and Social Policy aren't funded at all. It meets to discuss matters of state in the capital city of The Nexus of a Thousand Spires. The average income tax rate is 98.8%.

The frighteningly efficient Skaa economy, worth a remarkable 3,184 trillion bitcoins a year, is driven entirely by a combination of government and state-owned industry, with private enterprise illegal. However, for those in the know, there is an enormous, deeply entrenched, fairly diversified black market in Arms Manufacturing and Information Technology. The private sector mostly consists of enterprising ten-year-olds selling lemonade on the sidewalk, but the government is looking at stamping this out. Average income is a breathtaking 530,262 bitcoins, with the richest citizens earning 6.2 times as much as the poorest.

The fate of the world literally rests on The Lord Conqueror's fingers, school uniforms are compulsory, the military patrols the streets in search of possible secessionists, and deceased politicians' MyFace profiles are unanimously pro-incumbent. Crime, especially youth-related, is totally unknown, thanks to a capable police force and progressive social policies in education and welfare. Scandrial's national animal is the crow, which frolics freely in the nation's many lush forests.

Scandrial is ranked 191,745th in the world and 7,633rd in The East Pacific for Most Avoided, scoring 0.59 on the Kardashian Reflex Score.

Most Recent Government Activity: 23 hours ago