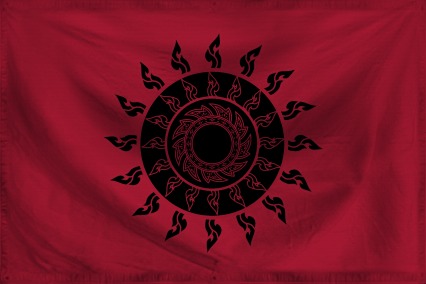 The Federation of Seri Tai Republic is a massive, safe nation, ruled by Tahn Punum Ben with a fair hand, and renowned for its museums and concert halls, ubiquitous missile silos, and irreverence towards religion. The compassionate, democratic population of 4.566 billion Honorary Tai Citizens hold their civil and political rights very dear, although the wealthy and those in business tend to be viewed with suspicion.

The medium-sized, liberal government juggles the competing demands of Administration, Education, and Industry. It meets to discuss matters of state in the capital city of Seri Siri Manangkhasila. The average income tax rate is 96.1%.

The frighteningly efficient Tai economy, worth a remarkable 1,001 trillion Seri Baht a year, is driven entirely by a combination of government and state-owned industry, with private enterprise illegal. The industrial sector is led by the Information Technology industry, with significant contributions from Tourism, Book Publishing, and Beef-Based Agriculture. Average income is an amazing 219,351 Seri Baht, and distributed extremely evenly, with little difference between the richest and poorest citizens.

Electricians spend more time in school than doctors, taking hostages is a great way to influence government policy, confessions don't count if suffixed with "izzle", and citizens know never to accept cookies from strangers. Crime, especially youth-related, is totally unknown, thanks to a capable police force and progressive social policies in education and welfare. Seri Tai Republic's national animal is the Stallion, which is also the nation's favorite main course, and its national religion is One truth.

Seri Tai Republic is ranked 1,840th in the world and 57th in The East Pacific for Most Beautiful Environments, with 3,465.99 Pounds Of Wildlife Per Square Mile.