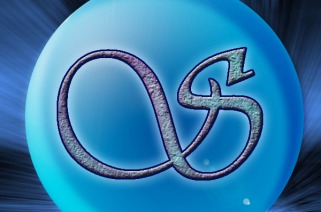 The Benevolent Corpocracy of Sovereign Incorporated is a gargantuan, efficient nation, ruled by President with a fair hand, and remarkable for its parental licensing program, multi-spousal wedding ceremonies, and rampant corporate plagiarism. The hard-nosed, democratic, devout population of 29.909 billion Sovereign Incorporatedians are fiercely patriotic and enjoy great social equality; they tend to view other, more capitalist countries as somewhat immoral and corrupt.

The medium-sized government prioritizes Education, although Environment, Healthcare, and Law & Order are also considered important, while Spirituality and Administration are ignored. The average income tax rate is 83.4%, and even higher for the wealthy.

The frighteningly efficient Sovereign Incorporatedian economy, worth a remarkable 5,097 trillion Sovereign Credits a year, is driven entirely by a combination of government and state-owned industry, with private enterprise illegal. The industrial sector, which is quite specialized, is led by the Book Publishing industry, with major contributions from Information Technology, Beef-Based Agriculture, and Tourism. Average income is an impressive 170,420 Sovereign Credits, and evenly distributed, with the richest citizens earning only 2.0 times as much as the poorest.

Multiple births are a cause of celebration for tax collectors, survivors of the Great Internet Flame War often recount horror stories of banhammers and DOS attacks, both diets and economic output are growing leaner with recent restrictions to free trade, and a girl's success in life is often linked to her performance in beauty pageants. Crime is totally unknown, thanks to a capable police force and progressive social policies in education and welfare. Sovereign Incorporated's national animal is the white-tailed deer, which is also the nation's favorite main course.

Sovereign Incorporated is ranked 234,817th in the world and 7,517th in Osiris for Fattest Citizens, with 4.4 Obesity Rate.

Most Recent Government Activity: 17 days ago