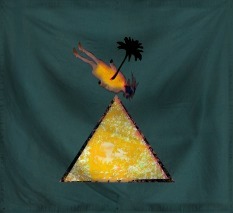 The Happily Confused Jumble of SUPERFISHPIE is a gargantuan, genial nation, remarkable for its complete lack of prisons, ban on automobiles, and punitive income tax rates. The compassionate, democratic, cheerful population of 24.43 billion SUPERFISHPIE are free to do what they want with their own bodies, and vote for whomever they like in elections; if they go into business, however, they are regulated to within an inch of their lives.

The enormous, liberal, socially-minded government juggles the competing demands of Education, Environment, and Welfare. It meets to discuss matters of state in the capital city of Kamig. The average income tax rate is 93.4%, and even higher for the wealthy.

The large but stagnant SUPERFISHPIE economy, worth 213 trillion Williams a year, is driven entirely by a combination of government and state-owned industry, with private enterprise illegal. The industrial sector, which is highly specialized, is mostly made up of the Book Publishing industry, with significant contributions from Tourism. Average income is 8,722 Williams, and distributed extremely evenly, with practically no difference between the richest and poorest citizens.

Betting pennies on games of Go Fish is considered deviant, literature classes frequently go on field trips to rock concerts, some SUPERFISHPIE athletes have defected to Blackacre after being denied the chance to compete in international sporting events, and flight attendants rip down curtains with revolutionary fervor. Crime is totally unknown. SUPERFISHPIE's national animal is the llama, which frolics freely in the nation's many lush forests.

SUPERFISHPIE is ranked 238,239th in the world and 3rd in A Socialist Paradise for Fattest Citizens, with 2.98 Obesity Rate.