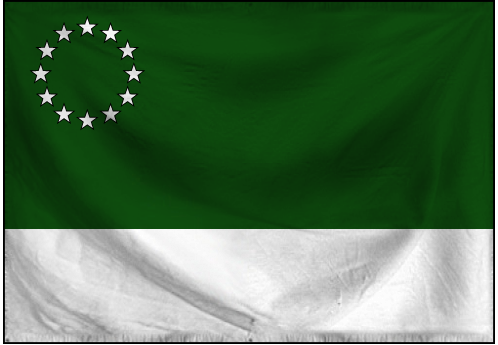 The Federation of Talotia is a large, safe nation, notable for its frequent executions, compulsory military service, and stringent health and safety legislation. The quiet, industrious population of 97 million Talots are fiercely patriotic and enjoy great social equality; they tend to view other, more capitalist countries as somewhat immoral and corrupt.

The enormous, socially-minded government juggles the competing demands of Welfare, Law & Order, and Education. The average income tax rate is 74.9%, and even higher for the wealthy.

The imploded Talot economy, worth 649 billion Taloes a year, is driven entirely by a combination of government and state-owned industry, with private enterprise illegal. The industrial sector is led by the Pizza Delivery industry, with major contributions from Beef-Based Agriculture, Automobile Manufacturing, and Book Publishing. Average income is 6,700 Taloes, and distributed extremely evenly, with practically no difference between the richest and poorest citizens.

More sidewalk is dedicated to animals than people, a byzantine web of conspiracies and secret alliances must be navigated any time legislation is voted upon, the nation's beloved 'good-natured doormat' is inundated by begging letters, and hammer and sickle-wielding space marines are such stuff that dreams are made on. Crime, especially youth-related, is totally unknown, thanks to the all-pervasive police force and progressive social policies in education and welfare. Talotia's national animal is the Unknown, which frolics freely in the nation's many lush forests.

Talotia is ranked 280,130th in the world and 142nd in Conch Island for Most Developed, scoring 43.65 on the Human Development Index.