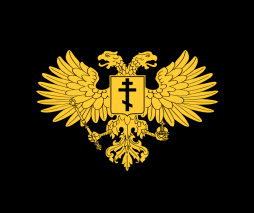 The Holy Monastic Republic of The Archregimancy is a gargantuan, environmentally stunning nation, notable for its public floggings, fear of technology, and hatred of cheese. The compassionate, cheerful, devout population of 32.57 billion Monks are fiercely patriotic and enjoy great social equality; they tend to view other, more capitalist countries as somewhat immoral and corrupt.

The relatively small, socially-minded government juggles the competing demands of Education, Welfare, and Environment. It meets to discuss matters of state in the capital city of The Greatest Lavra. The average income tax rate is 13.1%, but much higher for the wealthy.

The large but stagnant Monastic economy, worth 108 trillion tithes a year, is driven almost entirely by government activity, with private enterprise illegal. The industrial sector is mostly comprised of enterprising ten-year-olds selling lemonade on the sidewalk, although the government is looking at stamping this out. Average income is 3,331 tithes, and distributed extremely evenly, with practically no difference between the richest and poorest citizens.

Meetings are often scheduled for "about four-ish" following complete conversion to sundials, six-year-old children playing dress-up are viewed with suspicion, ministers are now allowed to put suggestions in the governmental suggestion box, and Monks incessantly needle their doctors for relief. Crime, especially youth-related, is totally unknown, thanks to a well-funded police force and progressive social policies in education and welfare. The Archregimancy's national animal is the lesser spotted aurochs, which frolics freely in the nation's many lush forests, and its national religion is Orthodox Christianity.

The Archregimancy is ranked 27,081st in the world and 1st in The Dreamed Realm for Safest, scoring 108.96 on the Bubble-Rapp Safety Rating.