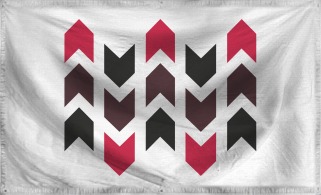 The Commonwealth of Arcadia

The Valiant Ascendancy of The Commonwealth of Arcadia is a gargantuan, safe nation, ruled by Premier-Elect with a fair hand, and remarkable for its keen interest in outer space, sprawling nuclear power plants, and restrictive gun laws. The compassionate, democratic, cheerful population of 15.829 billion Arcadians are free to do what they want with their own bodies, and vote for whomever they like in elections; if they go into business, however, they are regulated to within an inch of their lives.

The enormous, socially-minded, outspoken government juggles the competing demands of Education, Social Policy, and Environment. It meets to discuss matters of state in the capital city of Arcadia Primaris. The average income tax rate is 98.3%.

The frighteningly efficient Commonwealth of Arcadian economy, worth a remarkable 2,683 trillion Gelts a year, is driven entirely by a combination of government and state-owned industry, with private enterprise illegal. The industrial sector, which is quite specialized, is led by the Book Publishing industry, with major contributions from Tourism, Information Technology, and Basket Weaving. Average income is an impressive 169,508 Gelts, and distributed extremely evenly, with practically no difference between the richest and poorest citizens.

Space shuttles regularly launch rubbish into space, every new building project has to undergo a five-year environmental impact study before it can go ahead, interest in globalism never flags, and the government is ignoring the latest terrorist atrocities in Arcadia Primaris for fear of causing a fuss. Crime is totally unknown, thanks to a capable police force and progressive social policies in education and welfare. The Commonwealth of Arcadia's national animal is the Shrike, which frolics freely in the nation's many lush forests.

The Commonwealth of Arcadia is ranked 9,854th in the world and 17th in Eientei Gensokyo for Highest Average Incomes, with 169,508.85 Standard Monetary Units.