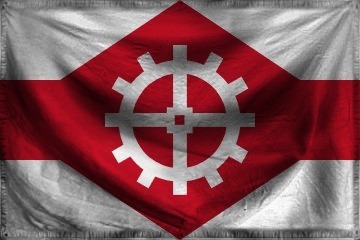 The United Republic of Westend

The Grand Republic of The United Republic of Westend is a gargantuan, genial nation, ruled by The Ministry of high and low ministers with a fair hand, and renowned for its frequent executions, flagrant waste-dumping, and absence of drug laws. The compassionate, democratic, cheerful population of 10.152 billion Westendians hold their civil and political rights very dear, although the wealthy and those in business tend to be viewed with suspicion.

The large, liberal, outspoken government juggles the competing demands of Education, Industry, and Healthcare. It meets to discuss matters of state in the capital city of Porto Libero. The average income tax rate is 98.9%.

The frighteningly efficient Westendian economy, worth a remarkable 2,617 trillion Sovereigns a year, is driven entirely by a combination of government and state-owned industry, with private enterprise illegal. The industrial sector, which is broadly diversified, is dominated by the Information Technology industry, with significant contributions from Book Publishing, Woodchip Exports, and Uranium Mining. Average income is an amazing 257,878 Sovereigns, and distributed extremely evenly, with little difference between the richest and poorest citizens.

The Ministry of high and low ministers's new door-knocking campaign has the sweet taste of success, the Party has more splits than a yo-yo dieter's trousers, the dessert 'Death by Chocolate' isn't the most lethal dish on the menu, and the election for The Ministry of high and low ministers's office's janitor is heating up. Crime is totally unknown. The United Republic of Westend's national animal is the Dove, which teeters on the brink of extinction due to toxic air pollution, and its national religion is The Church of the Machine God.

The United Republic of Westend is ranked 221,136th in the world and 5,947th in the West Pacific for Best Weather, with -872 Meters Of Sunlight.

The Warriors of Determination,