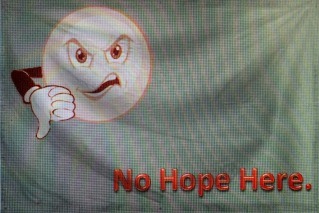 The Oppressed Peoples of Thibor Ferenczy is a colossal, environmentally stunning nation, ruled by Father Ferenczy with an iron fist, and renowned for its national health service, triple-decker prams, and anti-smoking policies. The hard-nosed, cynical, humorless, devout population of 8.338 billion Ferenczyians are ruled without fear or favor by a psychotic dictator, who outlaws just about everything and refers to the populace as "my little playthings."

The enormous, corrupt, moralistic, socially-minded, well-organized government prioritizes Defense, with Law & Order, Spirituality, and Administration also on the agenda, while Social Policy and Welfare are ignored. It meets to discuss matters of state in the capital city of Romesalem. The income tax rate is 100%.

The frighteningly efficient Ferenczyian economy, worth a remarkable 3,541 trillion silver coins a year, is driven entirely by a combination of government and state-owned industry, with private enterprise illegal. However, for those in the know, there is an enormous, deeply entrenched, highly specialized black market in Arms Manufacturing and Furniture Restoration. The private sector mostly consists of enterprising ten-year-olds selling lemonade on the sidewalk, but the government is looking at stamping this out. Average income is an amazing 424,718 silver coins, and distributed extremely evenly, with little difference between the richest and poorest citizens.

It is illegal to comfort a crying baby between the hours of 6 pm and 8 pm, the wearing and manufacture of fur apparel is banned, Ferenczyians are wondering where have all the flowers gone, and wedding bands come in pairs to form wedding manacles. Crime, especially youth-related, is totally unknown, thanks to the all-pervasive police force. Thibor Ferenczy's national animal is the griffin, which soars majestically through the nation's famously clear skies, and its national religion is Krislimish.

Thibor Ferenczy is ranked 5,614th in the world and 6th in Psychotic Dictatorships for Largest Basket Weaving Sector, scoring 7,291.47 on the Hickory Productivity Index.

Most Recent Government Activity: 108 minutes ago