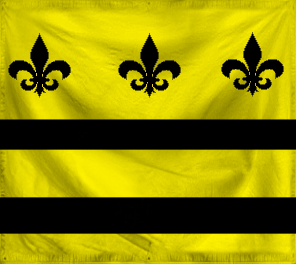 The Unified People's Republic of Tovenia is a massive, safe nation, ruled by Thane Yan-Ronson with a fair hand, and notable for its museums and concert halls, zero percent divorce rate, and pith helmet sales. The compassionate, hard-working, democratic population of 1.651 billion Tovenians enjoy a sensible mix of personal and economic freedoms, while the political process is open and the people's right to vote held sacrosanct.

The medium-sized government juggles the competing demands of Education, Healthcare, and Industry. It meets to discuss matters of state in the capital city of Hougun. The average income tax rate is 44.0%, but much higher for the wealthy.

The frighteningly efficient Tovenian economy, worth 177 trillion Lys a year, is fairly diversified and led by the Tourism industry, with major contributions from Beef-Based Agriculture, Book Publishing, and Basket Weaving. Average income is an impressive 107,257 Lys, and evenly distributed, with the richest citizens earning only 2.2 times as much as the poorest.

Politicians spend more time in courtrooms than in Parliament, children who write letters to Santa Claus end up in straitjackets, Thane Yan-Ronson's online image is the very model of a modern major leader, and abortions are routinely performed in the nation's hospitals. Crime, especially youth-related, is totally unknown. Tovenia's national animal is the Tree Weasle, which is also the nation's favorite main course, and its national religion is Non-existent.

Tovenia is ranked 12,130th in the world and 43rd in Refugia for Best Weather, with 189 meters of sunlight.

Most Recent Government Activity: 91 minutes ago