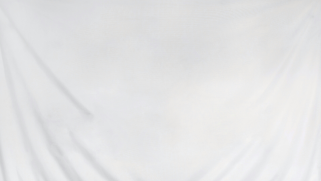 The Harmonious Political Haven of TrueChristianity is a gargantuan, safe nation, ruled by Jesus Christ-Yahweh-Holy Spirit with a fair hand, and remarkable for its state-planned economy, hatred of cheese, and punitive income tax rates. The compassionate, democratic, cheerful, devout population of 31.834 billion True Christians enjoy great social freedoms and frequent elections, where the majority of the populace regularly votes to increase its benefits at the expense of various hapless minorities.

The medium-sized, socially-minded, outspoken government juggles the competing demands of Spirituality, Education, and Environment. It meets to discuss matters of state in the capital city of Romajerulandriaoplow. The average income tax rate is 99.4%.

The large but stagnant True Christian economy, worth 444 trillion Wood Chips a year, is driven almost entirely by government activity, with private enterprise illegal. The industrial sector is mostly comprised of enterprising ten-year-olds selling lemonade on the sidewalk, although the government is looking at stamping this out. Average income is 13,967 Wood Chips, and distributed extremely evenly, with practically no difference between the richest and poorest citizens.

Foreign nations kill migratory animals at random in the hope that TrueChristianity will pay them to stop, the amount welfare recipients spend on fertilizer has exploded, military strategists are questioning the wisdom of subsidizing the economies of sworn enemies, and all work and no play has rendered the nation's children somewhat intelligent but also remarkably dull. Crime, especially youth-related, is totally unknown, thanks to the all-pervasive police force and progressive social policies in education and welfare. TrueChristianity's national animal is the Cardinal, which frolics freely in the nation's many lush forests, and its national religion is The Roman Orthodox Catholic Church.

TrueChristianity is ranked 208,624th in the world and 8th in Eladen for Most Primitive, scoring -129.03 on the Scary Big Number Scale.