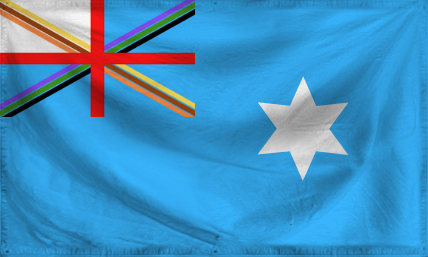 The Royal Protectorate of Twilights Citadel is a colossal, cultured nation, ruled by Twilight - Senate Leader with an iron fist, and remarkable for its ubiquitous missile silos, infamous sell-swords, and zero percent divorce rate. The hard-nosed, hard-working, cynical, devout population of 6.632 billion Citadelians are kept under strict control by the oppressive government, which measures its success by the nation's GDP and refers to individual citizens as "human resources."

The medium-sized government juggles the competing demands of Law & Order, Education, and Defense. It meets to discuss matters of state in the capital city of The Citadel. The average income tax rate is 28.2%.

The powerhouse Citadelian economy, worth 511 trillion Bits a year, is fairly diversified and led by the Trout Farming industry, with significant contributions from Information Technology, Book Publishing, and Door-to-door Insurance Sales. Average income is 77,085 Bits, with the richest citizens earning 5.3 times as much as the poorest.

Newspapers cannot report anything about politicians without their explicit consent, the government has officially clarified that "wee on your hands to save time" does not count as proper hygiene, census workers are having a hard time figuring out who is actually living in Twilights Citadel after the ban on emigration was lifted, and it's often raining men (hallelujah) in The Citadel. Crime, especially youth-related, is totally unknown, thanks to a well-funded police force and progressive social policies in education and welfare. Twilights Citadel's national animal is the Cockatrice, which teeters on the brink of extinction due to widespread deforestation, and its national religion is Twilightist Christianity.

Twilights Citadel is ranked 72,564th in the world and 8th in Of Books and Stories for Largest Cheese Export Sector, scoring 2,638.09 on the Mozzarella Productivity Index.