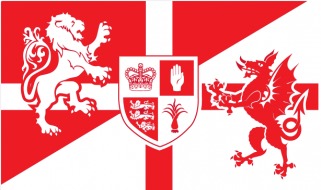 The United Kingdom of Waldora is a colossal, safe nation, ruled by Grand Prince Djesmitup Djixmon with an even hand, and notable for its compulsory military service, free-roaming dinosaurs, and punitive income tax rates. The hard-nosed, humorless population of 6.986 billion Waldorans have some civil rights, but not too many, enjoy the freedom to spend their money however they like, to a point, and take part in free and open elections, although not too often.

The relatively small government prioritizes Education, with Defense, Law & Order, and Industry also on the agenda, while Spirituality receives no funds. It meets to discuss matters of state in the capital city of Isador. The average income tax rate is 68.4%.

The frighteningly efficient Waldoran economy, worth a remarkable 1,673 trillion Waldora Credits a year, is broadly diversified and led by the Information Technology industry, with significant contributions from Tourism, Book Publishing, and Retail. Average income is an amazing 239,509 Waldora Credits, and evenly distributed, with the richest citizens earning only 3.2 times as much as the poorest.

School children are expected to know the names of all seven hundred native tribes and their cultural practices, Grand Prince Djesmitup Djixmon is famed for giving great back rubs, strip mining of rare earth metals is up while back problems are down, and veterans in wheelchairs are left waist-deep in rice paddies to gather grain. Crime, especially youth-related, is totally unknown, thanks to a capable police force and progressive social policies in education and welfare. Waldora's national animal is the Fire Rooster, which frolics freely in the nation's many lush forests, and its national religion is Church of Christ.

Most Recent Government Activity: 34 days ago