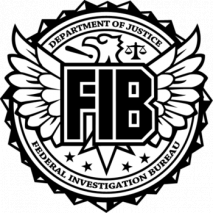 We Are Not The FIB

The Rogue Bureau of We Are Not The FIB is a colossal, safe nation, notable for its state-planned economy and irreverence towards religion. The hard-nosed population of 6.009 billion We Are Not The FIBians are fiercely patriotic and enjoy great social equality; they tend to view other, more capitalist countries as somewhat immoral and corrupt.

The large, socially-minded government juggles the competing demands of Law & Order, Welfare, and Education. The average income tax rate is 49.5%, but much higher for the wealthy.

The large but underdeveloped We Are Not The FIBian economy, worth 191 trillion Intels a year, is driven entirely by a combination of government and state-owned industry, with private enterprise illegal. The industrial sector, which is broadly diversified, is led by the Soda Sales industry, with major contributions from Woodchip Exports, Arms Manufacturing, and Tourism. Average income is 31,897 Intels, and distributed extremely evenly, with little difference between the richest and poorest citizens.

Crime is totally unknown, thanks to a well-funded police force and progressive social policies in education and welfare. We Are Not The FIB's national animal is the Drone.

Most Recent Government Activity: 22 days ago