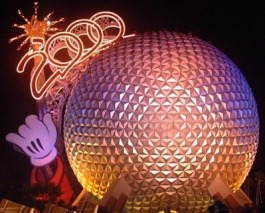 The 🌴 Orlando 🏰 Woods 🌴 of Y2K Kids is a colossal, socially progressive nation, ruled by nine-year-old Rosina Ramirez with a fair hand, and renowned for its daily referendums, irreverence towards religion, and devotion to social welfare. The compassionate, democratic population of 5.473 billion Y2K Kids hold their civil and political rights very dear, although the wealthy and those in business tend to be viewed with suspicion.

The medium-sized, liberal, outspoken government juggles the competing demands of Education, Healthcare, and Administration. It meets to discuss matters of state in the capital city of Old Fallout Shelter. The average income tax rate is 49.3%, but much higher for the wealthy.

The thriving bomb diggity economy, worth 444 trillion Pogs a year, is led by the Tourism industry, with significant contributions from Information Technology, Book Publishing, and Trout Farming. Average income is 81,222 Pogs, and evenly distributed, with the richest citizens earning only 2.1 times as much as the poorest.

Bike rage is all the rage, Nine-year-old Rosina Ramirez has just been declared ruler of Y2K Kids in an international press conference, octogenarian swimsuit models insist that they've still got it, and the government has declined to declare any particular religion as its 'official' one. Crime is totally unknown. Y2K Kids's national animal is the Beanie Baby, which frolics freely in the nation's many lush forests, and its national religion is wishes and fairies.