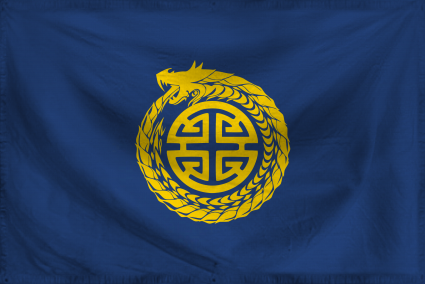 The Dominion of Yunji is a huge, socially progressive nation, renowned for its compulsory military service. The hard-working, democratic, devout population of 769 million Yunjians are either ruled by a sleek, efficient government or a conglomerate of multinational corporations; it's difficult to tell which.

The tiny government juggles the competing demands of Spirituality, Welfare, and Education. It meets to discuss matters of state in the capital city of Yunji City. Citizens pay a flat income tax of 7.9%.

The strong Yunjian economy, worth 49.4 trillion Yuan a year, is broadly diversified and led by the Gambling industry, with major contributions from Information Technology, Basket Weaving, and Door-to-door Insurance Sales. Average income is 64,212 Yuan, with the richest citizens earning 8.4 times as much as the poorest.

Organ donation rates are among the lowest in the region, Harry Potter books are banned, authorities are looking for a stool pigeon to rat out who is stealing food from pigeon toilets, and Yunji has designated Yunji City as its capital city. Crime, especially youth-related, is well under control. Yunji's national animal is the Dragon, which can occasionally be seen dodging aircraft in the nation's cities.

Yunji is ranked 92,090th in the world and 66th in Africa for Highest Wealthy Incomes, with 168,464 Standard Monetary Units.