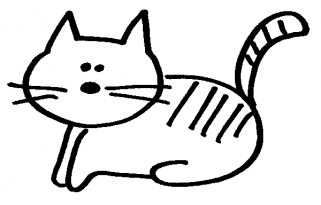 The Fun Loving Nation of Hairlesskatz is a gargantuan, efficient nation, remarkable for its irreverence towards religion, punitive income tax rates, and devotion to social welfare. The hard-nosed, hard-working population of 32.782 billion Hairlesskatzians are either ruled by a sleek, efficient government or a conglomerate of multinational corporations; it's difficult to tell which.

The large government juggles the competing demands of Education, Welfare, and Healthcare. Citizens pay a flat income tax of 63.1%.

The thriving Hairlesskatzian economy, worth a remarkable 2,257 trillion tails a year, is broadly diversified and led by the Uranium Mining industry, with significant contributions from Automobile Manufacturing, Arms Manufacturing, and Gambling. Average income is 68,849 tails, with the richest citizens earning 9.5 times as much as the poorest.

Religious organizations are being forced to leave the country or pay income taxes like everybody else, school uniforms are compulsory, Hairlesskatz is notorious for its citizens' infidelity, and convicted felons are forced into slavery for their crimes. Crime, especially youth-related, is totally unknown, thanks to a well-funded police force and progressive social policies in education and welfare. Hairlesskatz's national animal is the siamese, which teeters on the brink of extinction due to widespread deforestation.

Hairlesskatz is ranked 43,655th in the world and 11th in Florida for Most Developed, scoring 67.89 on the Human Development Index.

Most Recent Government Activity: 20 days ago