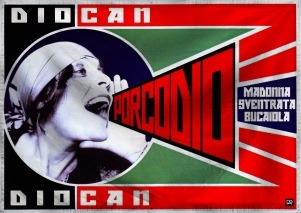 The Transhuman Communist State of Minchioria is a gargantuan, environmentally stunning nation, ruled by J Roland with an even hand, and remarkable for its museums and concert halls, smutty television, and restrictive gun laws. The compassionate, cheerful population of 22.112 billion Minchiorians are fiercely patriotic and enjoy great social equality; they tend to view other, more capitalist countries as somewhat immoral and corrupt.

It is difficult to tell where the omnipresent, socially-minded government stops and the rest of society begins, but it juggles the competing demands of Education, Environment, and Healthcare. It meets to discuss matters of state in the capital city of Porcòdia. The income tax rate is 100%.

The frighteningly efficient Minchiorian economy, worth a remarkable 6,046 trillion Talleroes a year, is driven almost entirely by government activity, with private enterprise illegal. The industrial sector is solely comprised of the Book Publishing industry. State-owned companies are the norm. Average income is an amazing 273,461 Talleroes, and distributed extremely evenly, with practically no difference between the richest and poorest citizens.

Drills and shovels have been banned as the government cracks down on any means of fracking, the MBI Channel Tunnel project is plagued by delays, conductors wield diamond-encrusted batons to fit in with their freshly gilded surroundings, and X-Files ratings have hit an all-time low. Crime, especially youth-related, is totally unknown, thanks to a well-funded police force and progressive social policies in education and welfare. Minchioria's national animal is the Pevasce, which frolics freely in the nation's many lush forests.

Minchioria is ranked 238,441st in the world and 259th in The Internationale for Largest Basket Weaving Sector, scoring -36.06 on the Hickory Productivity Index.

Soviet States of Latin America, and