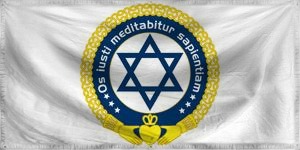 The Just Monocratic Commonwealth of Consigahria is a gargantuan, socially progressive nation, ruled by Moshe Gildas Chrysanthos Davis XVII with an even hand, and remarkable for its museums and concert halls, deadly medical pandemics, and infamous sell-swords. The hard-nosed, hard-working, humorless, devout population of 27.842 billion Consigahrians are either ruled by a sleek, efficient government or a conglomerate of multinational corporations; it's difficult to tell which.

The relatively small, corrupt, pro-business government juggles the competing demands of Industry, Education, and Defense. It meets to discuss matters of state in the capital city of Vermillion City. Citizens pay a flat income tax of 3.6%.

The frighteningly efficient Consigahrian economy, worth a remarkable 9,898 trillion ruices a year, is broadly diversified and led by the Retail industry, with major contributions from Arms Manufacturing, Information Technology, and Book Publishing. Black market activity is notable. Average income is an amazing 355,536 ruices, but there is a significant disparity between incomes, with the richest 10% of citizens earning 1,038,664 per year while the poor average 96,106, a ratio of 10.8 to 1.

The alarmingly racist TV show 'Bigtopians Say the Darndest Things' is a hit, new "Worker's Strike" laws set out who is allowed to strike a worker, Moshe Gildas Chrysanthos Davis XVII spends weekends doing the laundry of foreign leaders, and politicians always seem to take two steps forward then three steps back. Crime is totally unknown. Consigahria's national animal is the Denali chicken, which is also the nation's favorite main course, and its national religion is Judaism.

Consigahria is ranked 204,645th in the world and 7th in Consigahrian Imperial Protectorates for Most Cheerful Citizens, with 20.53 Percentage Of Water Glasses Perceived Half-Full.