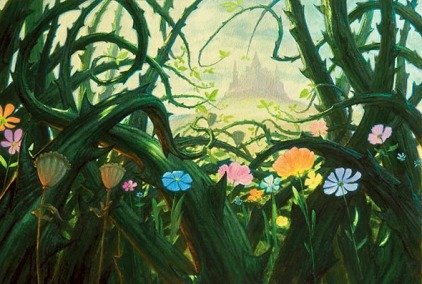 The Wilderness of Eloren is a colossal, genial nation, remarkable for its anti-smoking policies, daily referendums, and irreverence towards religion. The compassionate, democratic, cheerful population of 9.309 billion Eloren are free to do what they want with their own bodies, and vote for whomever they like in elections; if they go into business, however, they are regulated to within an inch of their lives.

The large, liberal, socially-minded, outspoken government juggles the competing demands of Education, Administration, and Environment. It meets to discuss matters of state in the capital city of the Unbound Glade. The average income tax rate is 99.6%.

The frighteningly efficient Eloren economy, worth a remarkable 2,581 trillion pods a year, is driven entirely by a combination of government and state-owned industry, with private enterprise illegal. The industrial sector, which is quite specialized, is led by the Information Technology industry, with significant contributions from Book Publishing, Tourism, and Basket Weaving. Average income is an amazing 277,301 pods, and distributed extremely evenly, with practically no difference between the richest and poorest citizens.

Anti-government web sites are springing up, anti-government political posters adorn every building like wallpaper, pandemics are over and done with by the time it takes to pass the nation's stringent border security, and the new national campaign exhorts men to "Show Some Class - Don't Sit On Your Ass". Crime, especially youth-related, is totally unknown. Eloren's national animal is the triffid, which frolics freely in the nation's many lush forests, and its national religion is nature worship.

Eloren is ranked 7,655th in the world and 65th in The Leftist Assembly for Most Secular, with 96.79 Atheism Rate.

Most Recent Government Activity: 17 hours ago