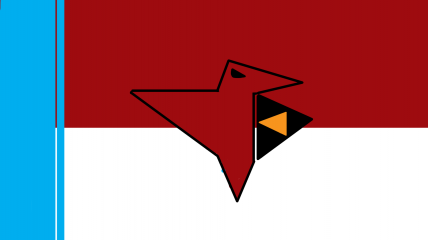 The Federation of United Order Republic is a massive, efficient nation, ruled by Neo with an even hand, and renowned for its complete lack of prisons, aversion to nipples, and stringent health and safety legislation. The compassionate, devout population of 3.296 billion Orderians are fiercely patriotic and enjoy great social equality; they tend to view other, more capitalist countries as somewhat immoral and corrupt.

The large, corrupt government juggles the competing demands of Education, Administration, and Industry. It meets to discuss matters of state in the capital city of Nexo. The average income tax rate is 76.9%, and even higher for the wealthy.

The frighteningly efficient United Order Republician economy, worth 352 trillion Repuls a year, is driven entirely by a combination of government and state-owned industry, with private enterprise illegal. The industrial sector, which is quite specialized, is led by the Information Technology industry, with significant contributions from Book Publishing, Tourism, and Arms Manufacturing. Average income is an impressive 106,930 Repuls, and distributed extremely evenly, with little difference between the richest and poorest citizens.

United Order Republic successfully hosted the The East Pacific Olympics, paranoid museum guards keep a lookout for any animated displays attempting to escape the premises after dark, a favorite "life hack" for gap year backpackers is to pretend to be homeless for government handouts, and photographers can be found hiding behind the curtains in Neo's bedroom. Crime, especially youth-related, is totally unknown, thanks to a well-funded police force and progressive social policies in education and welfare. United Order Republic's national animal is the Komodo Dragon, which frolics freely in the nation's many lush forests.

United Order Republic is ranked 40,263rd in the world and 1,272nd in The East Pacific for Most Advanced Public Transport, scoring 1,452.96 on the Societal Mobility Rating.