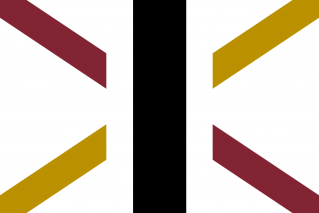 The Serene Republic of Triestine is a colossal, safe nation, ruled by Trond H Westford with a fair hand, and remarkable for its parental licensing program, daily referendums, and punitive income tax rates. The compassionate, democratic population of 8.38 billion Triestines hold their civil and political rights very dear, although the wealthy and those in business tend to be viewed with suspicion.

The large, outspoken government juggles the competing demands of Education, Environment, and Healthcare. It meets to discuss matters of state in the capital city of Cyeze. The average income tax rate is 84.4%, and even higher for the wealthy.

The frighteningly efficient Triestini economy, worth 996 trillion Kalls a year, is highly specialized and led by the Information Technology industry, with major contributions from Tourism and Book Publishing. State-owned companies are common. Average income is an impressive 118,900 Kalls, and distributed extremely evenly, with little difference between the richest and poorest citizens.

Sexually-starved male dinosaurs terrorise tourists during weekly breakouts from Mesozoic Park, Trond H Westford's office is running a trade deficit of midnight oil, atheist missionaries spread doubt overseas, and the Museum of Blackacrean War Crimes is located on "Blackacre Did Nothing Wrong Avenue". Crime is totally unknown, thanks to a capable police force and progressive social policies in education and welfare. Triestine's national animal is the Penguin, which frolics freely in the nation's sparkling oceans.

Triestine is ranked 220,155th in the world and 5,935th in the West Pacific for Largest Soda Pop Sector, scoring -16.25 on the Addison-Fukk Productivity Rating.