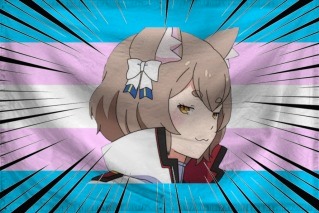 The People's Republic of Rad Asia is a massive, socially progressive nation, ruled by Powerless Queen Jenna with an even hand, and notable for its museums and concert halls, soft-spoken computers, and restrictive gun laws. The compassionate, democratic population of 2.773 billion Rad Asians enjoy extensive civil rights and enjoy a level of social equality free from the usual accompanying government corruption.

The enormous, liberal, socially-minded government juggles the competing demands of Education, Welfare, and Administration. It meets to discuss matters of state in the capital city of Panda City. The average income tax rate is 91.1%, and even higher for the wealthy.

The frighteningly efficient Rad Asian economy, worth 317 trillion Marks a year, is driven entirely by a combination of government and state-owned industry, with private enterprise illegal. The industrial sector, which is highly specialized, is mostly made up of the Information Technology industry, with significant contributions from Tourism, Book Publishing, and Basket Weaving. Average income is an impressive 114,628 Marks, and distributed extremely evenly, with practically no difference between the richest and poorest citizens.

Snooze factory is now prison lingo for rehabilitation center, birth rates have hit an all-time low, cane fights are a common sight in nursing homes, and libraries are now installed with jacuzzis and mini-bars. Crime, especially youth-related, is totally unknown. Rad Asia's national animal is the panda, which frolics freely in the nation's many lush forests.

Rad Asia is ranked 202,122nd in the world and 7,521st in the South Pacific for Largest Automobile Manufacturing Sector, scoring -16.55 on the Henry Ford Productivity Index.

Most Recent Government Activity: 17 minutes ago

Turks of The Eastern Calculus,

The Worst army of,