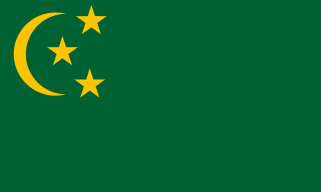 The Caliphate of Packilvania is a gargantuan, safe nation, ruled by Noi with an iron fist, and notable for its multi-spousal wedding ceremonies, digital currency, and pith helmet sales. The hard-nosed, hard-working, cynical, humorless population of 34.046 billion Packilvanians are ruled by a mostly-benevolent dictator, who grants the populace the freedom to live their own lives but watches carefully for anyone to slip up.

The large, corrupt government is primarily concerned with Defense, with Law & Order and Education also on the agenda. It meets to discuss matters of state in the capital city of Hikaruton. The average income tax rate is 99.2%.

The frighteningly efficient Packilvanian economy, worth an astonishing 10,228 trillion Packels a year, is driven entirely by a combination of government and state-owned industry, with private enterprise illegal. The industrial sector, which is fairly diversified, is led by the Information Technology industry, with major contributions from Arms Manufacturing, Uranium Mining, and Book Publishing. Average income is an amazing 300,420 Packels, and distributed extremely evenly, with little difference between the richest and poorest citizens.

Former customs officers are adjusting to their new lives as market stall traders, toxic smog is dismissed as the populace just "letting off steam", counselors have to sign pledges supporting gay rights before they can speak to any patients, and there is a growing belief that consciousness is a simulated illusion within a computer-generated reality. Crime, especially youth-related, is totally unknown, thanks to a well-funded police force and progressive social policies in education and welfare. Packilvania's national animal is the Arkane, which is also the nation's favorite main course.

Packilvania is ranked 95,839th in the world and 3,397th in The East Pacific for Largest Soda Pop Sector, scoring 960.48 on the Addison-Fukk Productivity Rating.

The Almighty Country, and 90 others.